Oratory Surgery is out - download it on Bandcamp or pick it up on CD at one of my shows. Thanks to Gene for the beautiful cover art!

Music only is here. 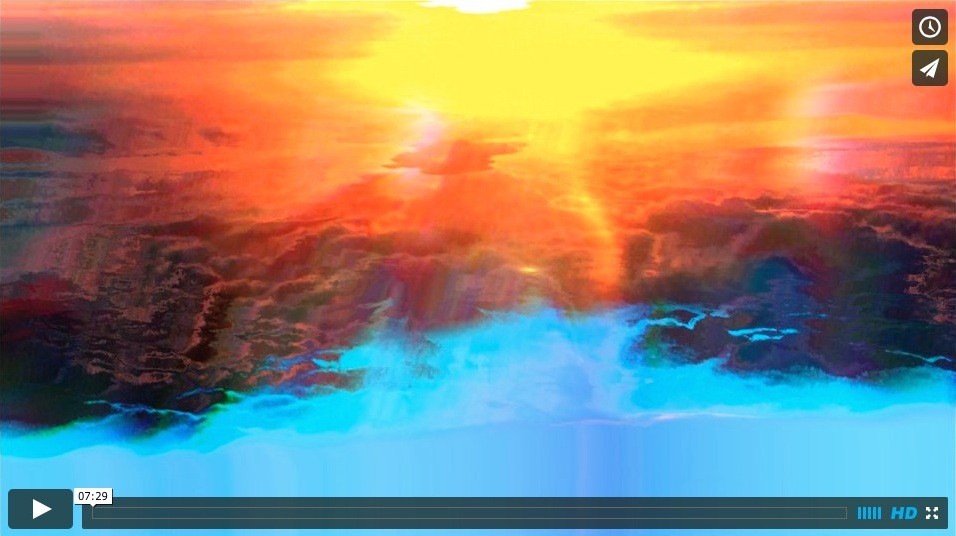 Spontaneous Pigeon Vortex from Arvid Tomayko on Vimeo. Or watch on YouTube

The music was recorded and manipulated in four live takes. First I recorded myself playing Trumpet and Drums simultaneously and then performed and recorded a realtime manipulation of that recording. I recorded separate tracks of drums and trumpet to mix with the manipulated recording.

Transcontinental Collaboration One :|: May, 2012

The first of (hopefully) a number of transcontinental collaborations between Barbara and me. The Oud is in a non-standard tuning - what Barbara describes as a "weird" tuning. For my part, I wanted to augment Barbara's fantastic Oud playing with sound derived from itself - all the sonic material, except for one small auditory event, are from the Oud performance you hear in the piece. Barbara's original performance is mostly intact, with only a few deletions, repetitions and timing adjustments. The dense sounds I added are loops recorded and performed in realtime while listening through the Oud recording, then edited and time stretched to better fit with the rhythms and flow of the performance. I also added other small events and edits with the intention of subtly extending the capabilities of the Oud - just beyond what it could do in the real life. 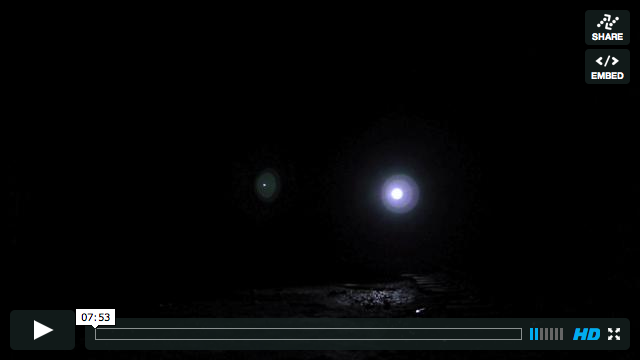 Adventures in an abandoned train tunnel under the East Side of Providence.

A Fraction of a Second

A Fraction of a Second from Arvid Tomayko-Peters on Vimeo.

A Fraction of a Second explores the extremes of time perception by attempting to unfold and transform what a person might experience in a fraction of a second into an audience experience of vastly different duration. The data used in creating this piece were captured in two separate very short time intervals. The piece is made from a segment of the sound of a train braking in New London, CT (93 milliseconds), and a photograph of the light of the sun reflecting off the Providence River in Providence, RI (2 millisecond exposure). Time in the original audio recording is effectively frozen while space in the still photograph is coerced into determining the time and frequency characteristics of the piece.

The sound you hear is the photograph being played left to right, using 3456 wavetable oscillators (the pixel height of the image) each playing the train braking sample at different pitches, with white reflections sonified as a map of pitches present (bottom to top) at any given time (left to right). The video frame moves from left to right through the image, in sync with the sonification of the photograph. As a result of this process, A Fraction of a Second also draws its visual and musical patterns from the patterns of the natural wave phenomena acting on the surface of the river, allowing for reinterpretation of a very familiar but still unpredictable and chaotic natural process.

I created the music for this collaboration with painter Rebecca Wasilewski and film maker Ben Pender-Cudlip.

Oleophobic - live at Pixilerations from Arvid Tomayko-Peters on Vimeo.

by Arvid Tomayko-Peters and Steve Schwartz

Oleophobic is a live performance piece where colored oil and water blobs are manipulated on stage to create live visuals and music. The polar and non-polar liquids repel each other and create slowly morphing shapes that are tracked by a camera and used to control sound though additive synthesis and sample scrubbing. The blobs also form 'notes' within a looping sequencer that can be overlaid onto any rectangular area of the video by the performer and sped up, slowed down, reversed and split between two independent instruments. Pan, volume and other parameters are also controlled by various attributes of the individual blobs such as size, location and elongation.

The same oleophobic and hydrophobic properties of molecules that keep this oil and water separate also form the basis of the construction of the cell membranes of every living organism, making this polar-non-polar interaction a primordial necessity for life.

Thanks to Bevin Kelley, James Moses and Brown Knoth (I think?) for shooting the film and producing the concert.

Made entirely from two short audio samples, one of which is used only once.

Audio/Video Improvisations with the TOOB

The TOOB is a wireless wind controller I designed and built that allows me to create sound and visuals in realtime by manipulating pre-made samples and sampling live input or the output of the instrument itself. More information can be found here.

KidVid :|: Performance for No One

Live solo ambient electronica experiments performed for an audience of zero. Minimally edited after recording (ie you could hear this live).

Performance for No One by KidVid

What's happening in the studio (Works in Progress)

Studio Works in Progress by KidVid

March Will be Better than February

Short improvisation with The TOOB, March 1, 2010

Watch for another performance of Requiem Aeternam at the Pixilerations Festival this October in Providence.

A piece about the sand dunes and gnarled pine forests of Truro, Massachusetts. Sand grains might blow anywhere in the wind, but walk far enough in any one direction and the intricate landscape fades into the emptiness of the ocean.

What license is this music released under?

All work on this page is licensed under a Creative Commons License.

You are free:
• to copy, distribute, display, and perform the work
• to make derivative works

Under the following conditions:

Attribution: You must give the original author credit.

Noncommercial: You may not use this work for commercial purposes.

Share Alike: If you alter, transform, or build upon this work, you may distribute the resulting work only under a license identical to this one.